How To Choose The Best Server for A Small Business

From our experience, there are often clients whose office workstations or "gaming" computers play the role of a server. Not everyone understands the shortcomings of such an office IT structure, and the savings are often reflected in the low security of storing commercial information. 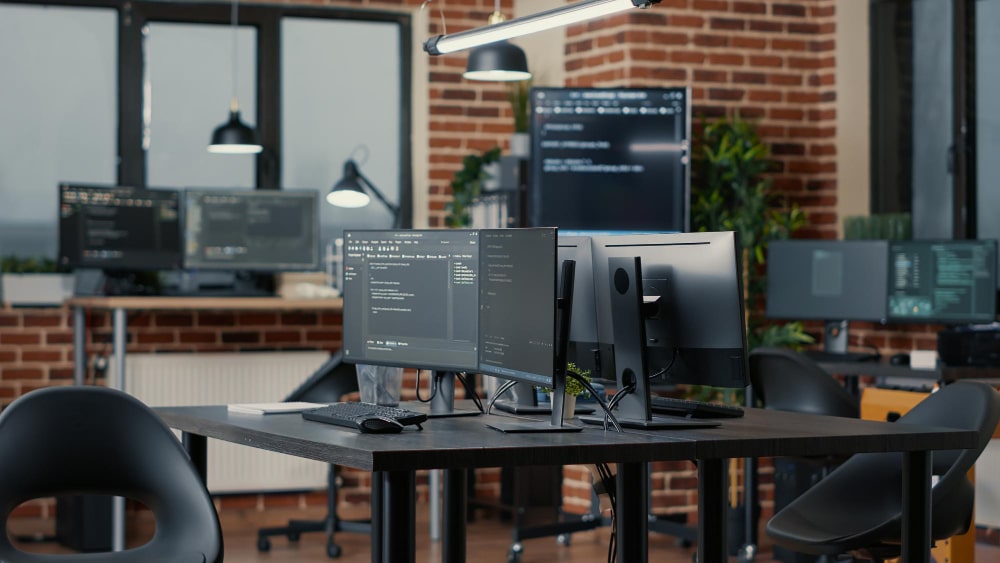 DIFFERENCES BETWEEN A HOME (OFFICE) COMPUTER AND A FULL-FLEDGED SERVER

Reliability. Server components - hard drives, RAM, power supplies are designed to work 24/7. The components of the workstation are designed for relatively short work - they are characterized by a lower time between failures. 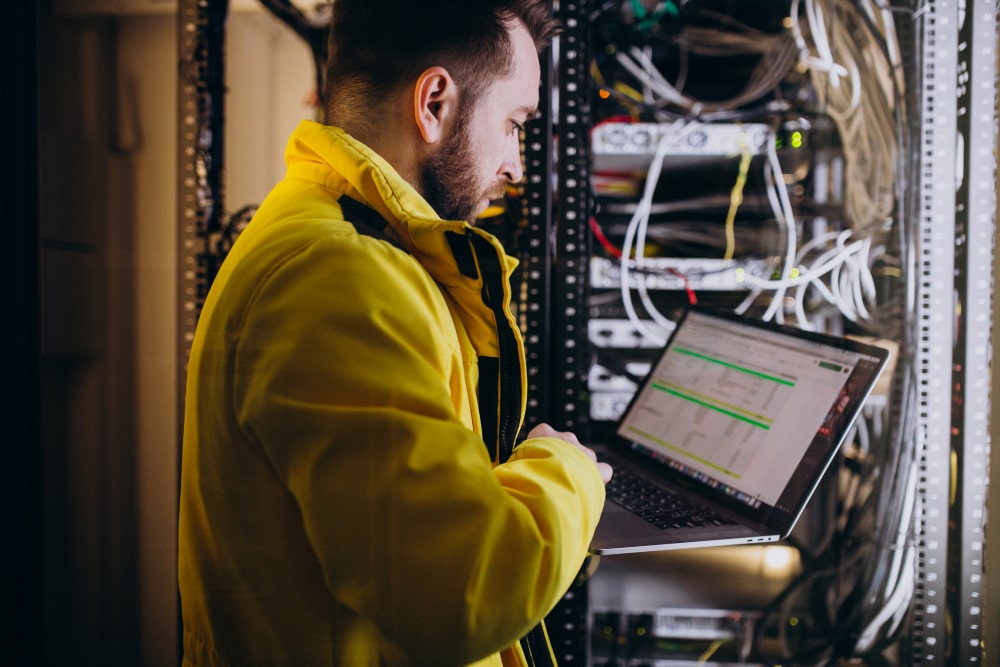 Software support. Some manufacturers of "home" hardware do not create drivers for server operating systems. The server operating system will be successfully installed on this hardware, but there will be no manufacturer's drivers. The system will install the generic driver. The disadvantage of the solution is that a universal driver can contribute to a significant drop in system performance due to load.

Availability of a power backup system. Only servers are optionally equipped with two power supplies operating in Always on mode .

Scalability. Workstations or "gaming" computers allow for a single processor and a maximum of 64 GB of RAM. It is impossible to implement any serious tasks on the workstation. In turn, servers scale very flexibly.

Often, the main argument for buying a "gaming" computer is the following:

"we had the same "server" in another company and it has been working for 10 years."

But clients forget that another company may have had its own system administrator (or an experienced outsourcer) who reserved this computer and services (mail, gateway, file storage) to the “hot standby” mode. And, if failures did occur, the consequences passed unnoticed by users.

WHY ARE CUSTOMERS WILLING TO TAKE THE RISK OF DATA LOSS? 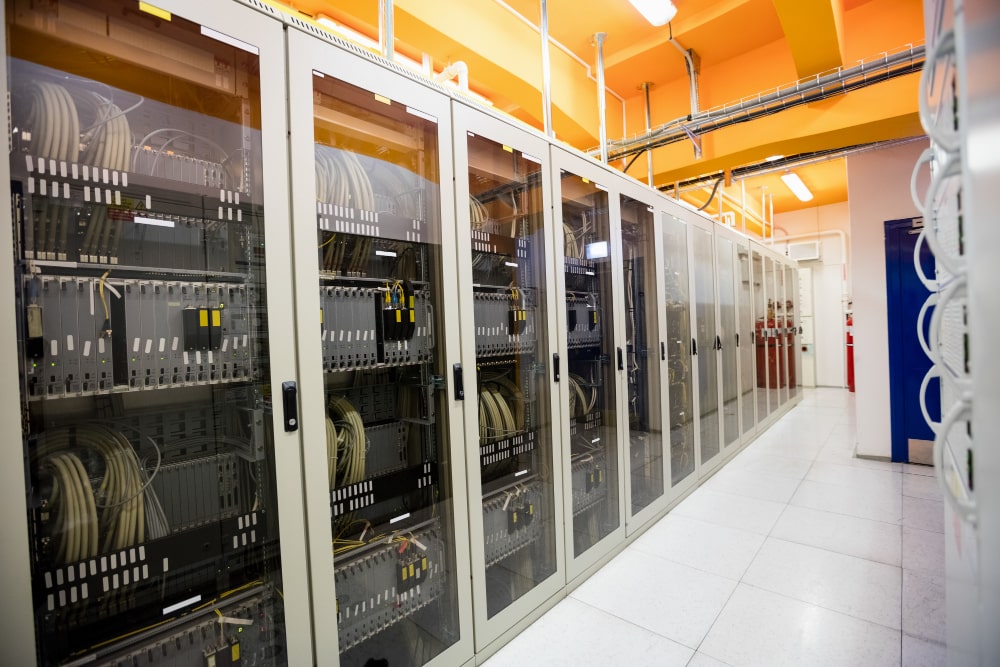 The following characteristics might be taken into account while deciding on what kind of server suitable for your company:

There are two form factors of servers - tower server and rack type (unit) . The main advantages of tower-type servers include low noise level and the ability to install on a table or any other surface. On the downside, some types of tower servers take up a lot of space and they also have a relatively smaller upgrade margin compared to unit servers.

Most high performance servers are unit servers. This is due to the high density of equipment installation. However, the disadvantage is that, due to their small size, a small high-speed fans are installed in them, so being in the same room with this equipment is uncomfortable. This implies the next drawback of unit servers - the need for a server cabinet and a separate room.

The unit server is noisy, it is difficult to find a suitable place for it. After all, if you just leave it on the floor, it will quickly turn into a dust collector or it will accidentally be touched / spilled / dropped from the table. To prevent this from happening, such servers are placed in special cabinets, as well as optional fans for “pumping” air and noise insulation of the cabinet body.

A PLACE TO BACK UP.

When choosing a server, be sure to take into account the place for backups. The best option is to have a separate network storage or cloud services (Google drive, Yandex disk, etc.). We do not recommend storing backups on the same server. For example, if the power supply fails, a power surge can damage all the disks in the server. When attacked by a ransomware virus, all your data and backups may be affected.

THE PRESENCE OF TWO POWER SUPPLIES.

Two power supplies allow you to connect one to the UPS, and the second directly to a 220V outlet. If there is a complete power outage in the office, then we will have at least 15 minutes to quickly complete the work and save the data. Additionally, it is recommended to use power from two independent substations, but this is extremely rare in office buildings.

No wonder we lowered this criterion to the last place. When choosing a server, it is worth considering not so much the brand name as the level of technical support. The price level and product quality are about the same. We recommend looking at the representative whose service center is represented in your area. Servers, although designed to work 24/7, also become obsolete and fail. Each manufacturer offers a next business day troubleshooting service. This means that if the hard drive fails, the next day after the application is accepted, a specialist will come to you and change the failed node for free.

It is also worth noting a feature that applies to both a full-fledged server and a "gaming" computer in the role of a server. Business is growing, and equipment is becoming obsolete. After 3 years, the performance of the current server will not be enough for current tasks. For a rapidly growing company, this period is reduced to 2 years.

An alternative to purchasing a server for the office can be a cloud server . At the moment, all cloud services take on the risks and problems described above. The client receives the finished product without worrying about the need for updates, support and data protection. Upgrading outdated server hardware, backups, Internet and power channel reservations, 24/7 maintenance and monitoring - all tasks are handled by the qualified staff of the cloud service provider.

READ MORE ARTICLES
What is business digitalization?
senseweb_admin
No Comments

Digital transformation is the introduction of modern technologies into the business processes of a business. This approach implies not only the installation of modern equipment or software, but also fundamental changes in management approaches, corporate culture, and external communications. As a result, the productivity of each employee and the level of customer satisfaction increase, and […]

A popular solution for "linking" computers into a single network for small offices is LAN . The local area network for up to 10 working machines is based on the use of the popular Ethernet network protocol.   There is a standard terms of reference that describes all procedures for the design and installation of […]

Read More
WHY DO YOU NEED CCTV FOR YOUR BUSINESS?
senseweb_admin
No Comments

Recently, people always talk about the importance of video surveillance . And more companies are installing it - because the benefits that this system provides are enormous. Why do we need a video surveillance system, what are its functions and what is needed for design and installation - let's try to figure it out in […]

From our experience, there are often clients whose office workstations or "gaming" computers play the role of a server. Not everyone understands the shortcomings of such an office IT structure, and the savings are often reflected in the low security of storing commercial information. DIFFERENCES BETWEEN A HOME (OFFICE) COMPUTER AND A FULL-FLEDGED SERVER Reliability. […]

Prepare your business for digital transformation

Call our expert today and Get Your Business Ready For The Future!!
CONTACT OUR ICT EXPERT TODAY

INTEGRATED ICT SOLUTION FOR YOUR BUSINESS